WHY SHOULD I BOOK A CAKE SMASH PHOTOSHOOT?

First birthdays are a BIG deal, so it’s important that you make them memorable; watching your baby squidging their tiny fingers into their first ever birthday cake is pretty hard to forget, especially when they’re dressed as a cookie monster!

Cake smash photography is growing in popularity and to be honest, it’s not hard to see why. Not only is it a bit ‘out there’, but it’s also one of the best ways to capture your baby, just being a baby. No poses or serious outfits. Just your little one demolishing a cake, having fun.

And don’t forget that while cake smashes are the rite of passage for any baby looking to officially become a toddler, they’re also a milestone for you… you’ve survived the first year, just another 17 to go. WHAT HAPPENS ON A CAKE SMASH PHOTOSHOOT?

A cake smash photoshoot has one main focus – fun! So as you’d expect the schedule is very varied, it’s a 4-parter in fact…

BONUS – For those who want it, I do also offer a free bonus part to my cake smash photoshoot. This would see us capture a few more shots of your little one, only this time in their dressing gown. Adorable!

*If you’d like to make this part of your cake smash photography package just let me know when booking.

Up to 2 hour Session

USB Stick with All Edited Images

Up to 2 hour Session

USB Stick with All Edited Images

WHEN SHOULD I BOOK MY CAKE SMASH PHOTOGRAPHY

Traditionally, cake smashes are a celebration of your baby’s first birthday. A tradition I’m perfectly happy for you to keep or break, so don’t feel restricted by their age. I’ve done previous cake smashes for children of two, three and even five years old.

It’s also worth noting that a cake smash revolves around two things: your baby’s big day and when exactly you want your pictures, so specifying your tactics when you book your cake smash photography is essential. If you want your shots ready for their big day then do bare in mind that I’d need time to prepare your online gallery as well as any extras you’ve opted for.

Booking 12 weeks in advance is my usual advice, especially if you’re after a certain date or time. But that’s not to say that last minute bookings are impossible – in some cases they can fit in rather well. Only I wouldn’t rely on this being the case as I don’t like to disappoint. 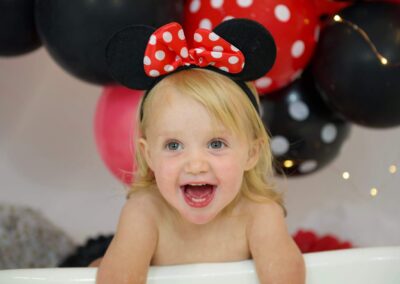 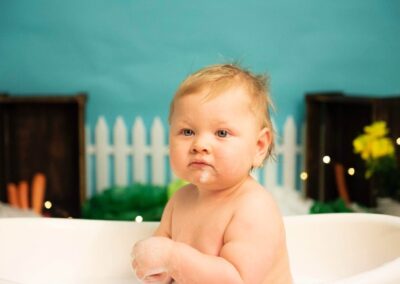 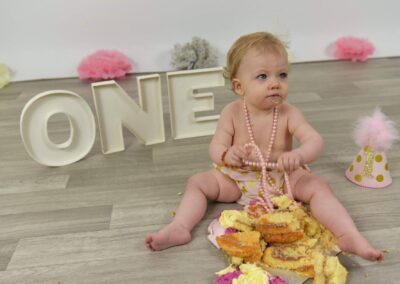 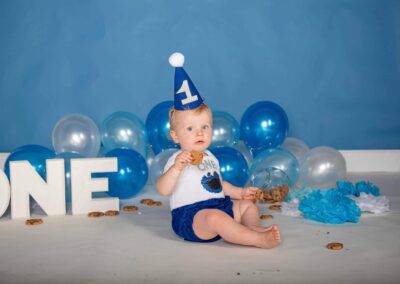 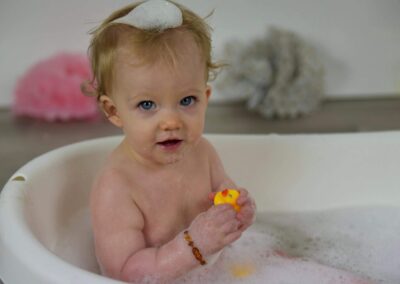 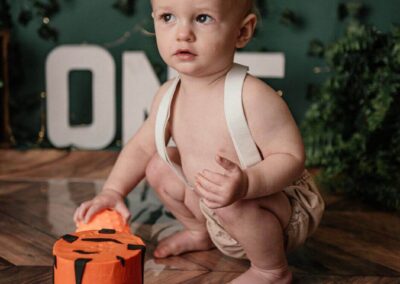 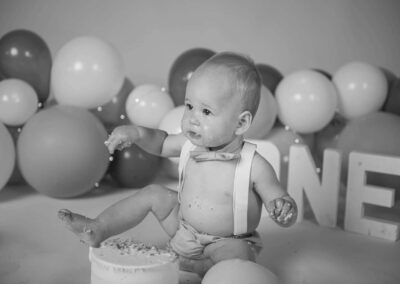 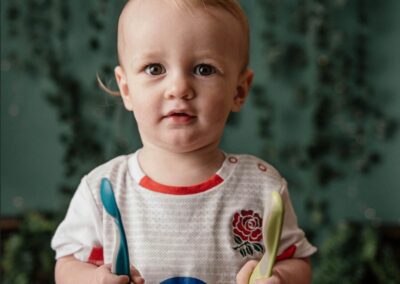 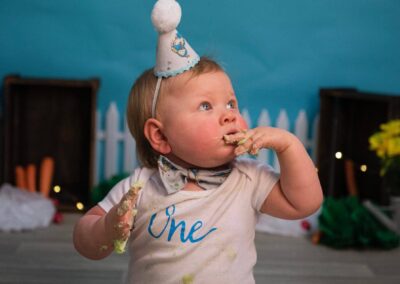 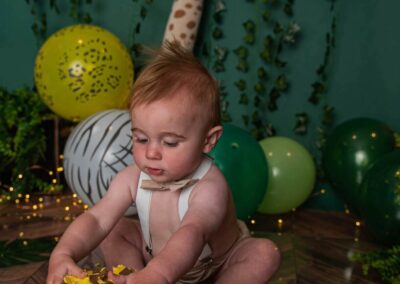 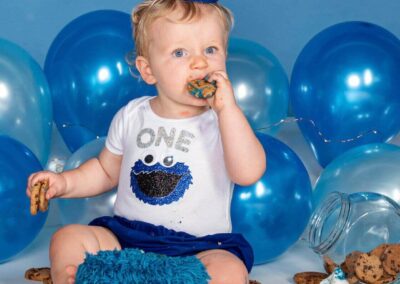 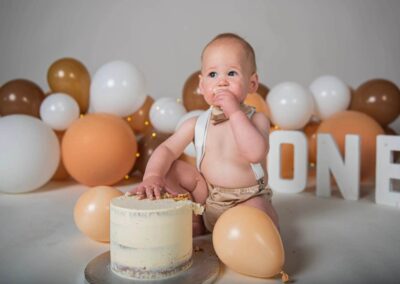 What is the point of a cake smash?

Cake smash photography is all about your child, their first birthday and a lots and lots of cake. Let’s face it, they were bound to break the organic diet at some point. Plus, it’s not often you get to see them create such a mess, knowing that you’re not the one who has to clean it all up.

What cake is best for a cake smash?

Personally, I’d say Victoria sponges are the best cake for a cake smash photoshoot. Not only do they taste absolutely yum, but they also stand their ground really well, so your little one can savour the moment as well as the flavour. Just be careful what icing you choose! If you’re not careful, chocolate icing can end up looking like… yep, you guessed it.

The smash cake - do I need to supply it?

No, is the short answer. Do your cake smash photography with me and your cake will be included in the price of your shoot.

My cakes are all sourced from a local cake maker here in Yorkshire and take my word for it… they’re amazing!

Your cakes look amazing, but can you supply gluten free or nut free alternatives?

You and your child’s wellbeing is my priority, so if you do have any specific dietary requirements, do let me know. If your baby isn’t a cake lover, don’t worry either. We can do a doughnut smash, fruit smash – there’s plenty alternatives.

What themes do you offer? Could I create my own?

Choose to do your cake smash photography through me and picking a theme will be a piece of cake… pardon the pun. Some of my most popular are:

Get in touch for a full list of my themes. If you have a specific theme in mind or would like to use your own outfit and/or props, do let me know when booking.

Hang on, can I give my 1 year old birthday cake?

Yes. It’s perfectly fine for your one year old to eat birthday cake, although they probably won’t eat that much. The majority will be squished together into a cakey-icingy pulp. Delightful!

*If you don’t want your child to develop a sweet tooth so early, switching out buttercream for icing or frosting could be a better option.

Where has this cake smashing craze come from?

Cake smash photography is a trend that’s migrated to the UK from America. Here the shots were taken and used for the birthday boy or girl’s party invites, which means that traditionally cake smashes were a pre-birthday celebration.

Cake smashing itself points back to two places – Mexico and Ancient Rome – depending on what theory you believe.

The first is that cake smashing originated from the Mexican tradition of Mordida. This would see two parents push their one year old’s face straight into their birthday cake as a way of welcoming them into toddlerhood (sounds tempting!).

The alternate theory is that it descends from an ancient wedding tradition, where the bride and groom could either feed each other cake like a ‘proper couple’, or throw it in the other’s face… god help the dry cleaner.

Which theory is more logical? That’s for you to decide.

Cake smash photography: How many images can I expect?

Lots. On a typical shoot I can take a couple of hundred images. How many you receive depends on the package that you opt for, how many poses we try out and how picture friendly our model is.